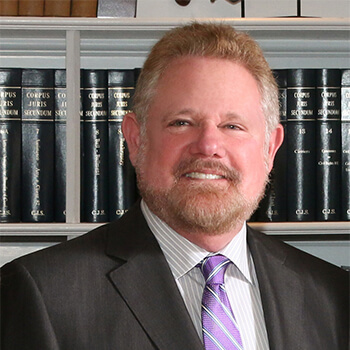 Joseph E. Brooks brings a lifetime of experience to work for you. Having earned his undergraduate degree from The University of Miami, he transitioned to serving in the U.S. Army from 1982-1987 as a helicopter pilot in an Air Cavalry Squadron.  He was awarded the Army Achievement Medal and the  Army Commendation Medal, and while serving, he earned his MBA from Embry-Riddle Aeronautical University in 1986.  Joseph was Honorably Discharged from The Army in December 1987.

Joseph then continued his education, attending The University of Florida College of Law.  Since graduating first in his class, with high honors in 1990, he has been awarded Order of the Coif, the McDonald Prize, Gertrude Brick Law Review Prize, International Law Scholarship Award, Honors in Legal Research and Writing, and an "AV" rating through Martindale Hubble -- a peer rating based on evaluations of other lawyers for preeminent legal abilities and highest ethical standards. He has trial experience in Pensacola, Tallahassee, Panama City, Apalachicola, Daytona Beach, Sarasota, Jacksonville, Ocala, and Gainesville, Florida.  He has authored and co-authored many publications including a chapter in The Defense Speaks entitled "Direct Examination of Defendant's Damages Expert.” He has also lectured to professionals for seminars in Florida, Georgia, New York, Tennessee, Rhode Island, Louisiana, and Illinois, and Canada on numerous legal and medical topics.

Joseph is a member of the Florida Bar as well as all State Courts, all three Federal District Courts, the Eleventh Circuit Court of Appeals, and the U.S. Supreme Court. He was on the Board of Directors for the Florida Defense Lawyers Association and was President from 2010-2011. He was the chairman of the Florida Bar Second Judicial Circuit Grievance Committee 2B in 2012. (Attorney Discipline.) He is also the 2014 President for the American Board of Trial Advocates, Tallahassee, Florida Chapter. He is on the Editorial Board for the Trial Advocate Quarterly and has regularly coached Mock Trial teams at The Florida State University's College of Law.